Who Wants a Subluxation-Free World? 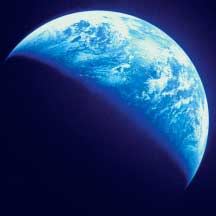 From time to time I encounter a chiropractor, usually a younger, more idealistic chiropractor, who has proclaimed that his objective; his purpose for being in practice is to create a “subluxation-free world.” I rarely hear this from more experienced chiropractors, tempered by the wisdom of many years in practice and having been trained at a time when chiropractic philosophy was still taught at chiropractic colleges.

I appreciate their passion and I’m thankful that they're invested in a cause larger than themselves. However, in their zeal to make the world a better place, chiropractors who make subluxations Public Enemy Number One, make three serious errors:

1. You will not win by being against.
2. Subluxations are effects; symptoms.
3. Treating subluxations is the practice of medicine.

Care to join me on a quick exploration of each? Perhaps in the process, greater clarity will emerge and an explanation for the current state of many chiropractic practices will be revealed.

You Cannot Win by Being Against

The War on Poverty, launched as part of the Johnson administration’s Great Society initiative back in the 1960s sounded good, but 50 years later, after pouring trillions into various social programs, the poverty meter hasn’t budged. Similarly, the War on Drugs, the War on Cancer, the War on Terrorism and for that matter, the War on Hangnails share a similar fate. Oh, it invokes the expression of our recessive “do-gooder” gene, but it doesn’t change much. Poverty, drugs, cancer, terrorism and hangnails will be with us forever if our best strategy is to merely pass laws, spend money and treat these various symptoms.

The only shot (and it’s a long one) we have of reducing poverty is to be for affluence. To be for self-responsibility. To be for serving others. To be for education. To be for delaying gratification and to be for all the other issues, which when manifested, result in the opposite of poverty.

This is where I often part company with the most earnest chiropractor who is positive that subluxations are the root cause of a whole host of health problems both local and peripheral to the spine. Yet, this is the same thinking that imagines that handguns kill people and that the 7 square inches of plastic in a wallet is responsible for the debt so many find themselves in.

If subluxations are your boogieman, you might want to be “for” the reduction of physical, chemical and emotional stresses—something far more messy, complicated and difficult to achieve. Especially if your only hammer is spine thrusting.

Treating Subluxations is the Practice of Medicine

Naturally, this observation roils the aforementioned idealistic chiropractor. Because many chiropractors who have made subluxations the enemy are often anti-medicine. “You’re not going to vaccinate your children are you? Heavens!” (Shame.) “You’re not going to take one of those “stomach-bleeding-kidney-killing-liver-destroying-over-the-counter pain relievers are you!” (Guilt.)

The list goes on. And it may not be so overt. It could be simply a raised eyebrow. Remember, these potentially unhealthy patient behaviors are merely symptoms—symptoms resulting from what the patient believes.

Making subluxation elimination your objective is no different than an oncologist making a tumor the focus of his or her attentions. Declaring war on subluxations places the chiropractor in the same category as a medical doctor attempting to ameliorate the effects of heart disease or any other symptom. When your intent is to treat the body’s attempt to accommodate physical, chemical or emotional stress (subluxation) you have veered into the practice of medicine. Now, the practice of medicine isn’t bad, it’s just that chiropractic licensure in most jurisdictions make it clear that chiropractors don’t practice medicine.

Treating subluxations, unlike the practice of chiropractic with its intent of reviving the ability of the patient’s body to self-heal, creates the tension between the interests of third parties and holding true to the principles of chiropractic.

Why This is More Than Semantics

Some might perceive this as intellectual hair splitting and an extravagant luxury for pipe-smoking philosophers. Hardly. When this critical distinction is ignored, it produces several unhelpful practice pathologies:

1. Patients think your adjustments are treating their (enter named complaint here.) While this is usually what patients want and is the path of least resistance, if you fail to make the distinction that you’re merely helping revive their ability to self heal, you’ll be blamed for slow recoveries and their subsequent relapse. Because you didn’t “fix” them!

2. Patients dismiss themselves once they feel better. When you practice chiropractic medicine, you don’t enjoy the benefits of practicing chiropractic. You’ll rarely enjoy the stability of having a tribe of once-a-monthers who “get” chiropractic and see it as a valuable adjunct to a healthy lifestyle. Instead, you have a constant need for new patients without the cultural authority afforded medical doctors.

When you abandon the notion that subluxations are “bad” and merely the body’s best short-term strategy to accommodate physical, chemical and emotional stress, and you communicate this distinction to patients in a meaningful way, the burden of being responsible for things outside your control is lifted and practice becomes more joyful and soul satisfying.