The Practice of Treating Nothing

If there’s one thing that has conspired to thwart certain chiropractors from enjoying the practice success they deserve, it’s their wrongheaded beliefs about what chiropractic is and what it isn’t. Derailment here produces a variety of practice pathologies. Among them:

These and other unhelpful aspects of chiropractic practice are the predictable result of obscuring, ignoring or willfully perverting what chiropractic is, or not effectively communicating its true nature to patients.

Have you embraced these simple truths about chiropractic?

1. Chiropractic Is Founded On Tone

Many are quick to dismiss the early history of chiropractic, but D. D. Palmer had it right. And while he didn’t know about DNA, antibiotics or gene splicing, his observation about a person’s “tone” was spot on. As was his assertion that the purpose of chiropractic was to “connect man the physical with man the spiritual.” Some are embarrassed by the metaphysics of chiropractic and see them as religious or cultish and something to be dismissed. They aren’t. Palmer was merely a century ahead of the Deepak Chopra’s, Andrew Weil’s and Wayne Dyer’s that we know today.

The body’s attempt to adapt to physical, chemical or emotional stress, mediated by the nervous system, is the basis on which the chiropractic profession was founded. Walk through the exhibit area at any chiropractic gathering and you’ll see how far the profession has drifted away from its limited, yet effective roots!

Are you explaining tone and stress to patients?

2. Chiropractic Is Not Medicine

“If chiropractic were more like medicine, it would enjoy greater acceptance,” goes the thinking. Or, “If the chiropractic scope of practice were broadened, chiropractors would be more successful.”

The privilege to practice chiropractic was originally obtained through the various state practice acts, at least in the United States, with the understanding that chiropractic was (and is) a separate, distinct, non-duplicative healing art and not medicine. Proponents of integrating chiropractic into medicine somehow see it as progressive or enlightened, but they ignore the fundamental philosophical differences that make both disciplines unique.

Without being anti-medicine, are you explaining what distinguishes chiropractic from medicine?

3. Chiropractic Does Not Treat Anything

Headaches, back pain, cancer and other named and unnamed symptoms are just the body’s creative way of adapting to physical, chemical or emotional stress. It’s often the way the body communicates with its owner, alerting him or her that a limit has been reached and a change is needed.

Chiropractic doesn’t treat headaches or back pain or anything else. Not even (gulp!) subluxations. Instead, the intent of chiropractic is to revive a person’s ability to self heal. When this capacity is restored, symptoms naturally resolve. If every patient who had ever sought care in your practice understood this simple distinction, you’d be so busy you wouldn’t have time to read this.

Are you making sure every new patient understands that their symptoms are not the problem and that your adjustments don’t treat them?

4. The Patient Is Actually the Doctor

All healing, weight loss, addiction recovery, and all the rest occur from the inside out. Thus, what a patient brings to your adjusting table is more important than what you do on the table. What do they bring? The ability to self heal—if there isn’t any interference. This doesn’t minimize the value of a precisely and artfully delivered adjustment. But it’s them, not your intervention, that should be celebrated and revered.

Don’t ignore what a patient does between adjustments and its profound implications on the pace of their recovery. Are they drinking more water? Exercising as they are able? Getting more rest? Reducing emotional stress? Eliminating the chemical load on their body? The list is endless. In fact, the list is so long that any chiropractor who feels a shred of defensiveness, when patients complain about the speed of their recovery, is hallucinating about his or her ability to control what a patient’s body does with the energy added by an adjustment.

Does every patient understand that they control their recovery and it’s not your three-times-a-week “dosage” of adjustments doing the healing?

5. You Have a Huge Communication Burden

Based on the above, if you’re not enjoying the benefits of a chiropractic practice, it may be because you’re not practicing chiropractic. Instead, you may be delivering a knockoff; spinal adjustments designed to treat aches and pains or other symptoms that might be more accurately described as chiropractic medicine. It’s either that, or you’re not effectively communicating the distinctions above, or both.

Your enemy isn’t the insurance carrier who doesn’t “get” chiropractic (and never will). Your enemy isn’t the medical profession that leaves an iatrogenic wake in its path. And it certainly isn’t the chiropractor down the street. Your enemy is the beliefs and meanings that patients have attached to their symptoms and the priority they place on their health. These are formidable opponents and shouldn’t be taken lightly.

If you wish to use your chiropractic practice license to do all manner of helpful procedures within the limit of your jurisdiction’s practice act, go for it. Just be mindful that if you choose to leave the reservation and use chiropractic for “off label” purposes, you’re on your own. No whining or complaining! 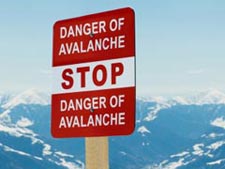 Each year, at one of the Colorado ski areas, someone makes headlines because they’ve ignored the boundary markers to enjoy the pristine powder of an area unmonitored by the ski patrol, and as a result, they get lost, injured or buried beneath an avalanche. Skiers or snowboarders know these risks. Some who disregard the warnings and survive are emboldened by their choice.

Similarly, some chiropractors became emboldened during the era of easy third-party reimbursement, neglecting their communication duties. Or, because of the chiropractic college they attended, never really knew the philosophy and distinctions that make chiropractic, chiropractic. Others fashioned chiropractic into their own image, rather than conforming their practice to its irrefutable founding principles.

The sad result is that all too many chiropractors who are amazing adjusters, with thousands of inactive patient files of delighted patients, are now gasping for new patient oxygen. Mostly because the people they helped over all those years are clueless about what chiropractic is and what actually happened to them.

Granted, you can’t change the past. But resolve today to accept the truth about what chiropractic is and what it isn’t, and then use every tool at your disposal to persuasively communicate its gorgeous power and simplicity to as many people as possible. And then watch how quickly your practice magnifies and your passion returns!

(Originally posted May 17, 2013 and published in Bill's most recent book, "Recalculating!")