At a recent speaking opportunity, I explored some of the strategies that chiropractors can use to coax patients into embracing chiropractic care as a long-term lifestyle adjunct. As I was speaking, I had a thot flash about why so many chiropractors seem to report only occasional converts. To test my hunch, asked a question I’d never posed to a chiropractic audience before.

“How many of you, upon being introduced to chiropractic, began care and then pretty much stayed with it since?” I asked, raising my hand. 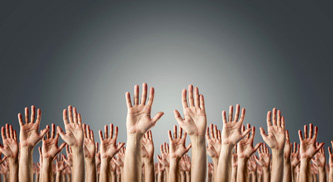 I was astonished when I saw 80% or more of the hands go up.

Yikes! No wonder you think there is something you can say or do to “convert” patients to lifetime care—because that’s what happened to you.

But what if the vast majority of people in your community are not so inclined to respond to the caused-based, neurological-centric principles of chiropractic? Or don’t value their health sufficiently to make the investment of time and money to receive regular care?

If you do a little sleuthing with your favorite search engine you’ll discover that experts have identified over 400 different human values. Things like honesty, frugality, punctuality; that sort of thing. Among these hundreds of values are health and hygiene.

You and I, because we have chosen health care as a career path, probably place a high value on our health. It’s probably among our top 10 values. And who parades past you all day long? A bunch of people for whom health has a relatively low value. If a patient prioritizes their health (which is different from merely wanting to be pain-free) as their 23rd most important value or their 79th most important value, your ability to convert them into a lifetime wellness patient borders on hallucination.

Granted, most people haven’t done the work to determine their values, much less become present to how they prioritize them. They’re just busy living life.

I share this because it begins to explain why some people get it, and so many others don’t. Same explanation. Same all-natural results. Same insurance company. Pretty much same everything.

To add injury to insult, I know of nothing you can say or do to change the priority that a patient places on his or her health. And believe me, for 34 years I’ve been searching. But that doesn’t stop many chiropractors from trying. It produces feelings of frustration, desperation; even anger among chiropractors. And among patients, the emotions of guilt and shame.

There are ways, at least temporarily, to change the priority one places on his or her health: a significant disruption in the status quo. A divorce. Death of a loved one. Loss of a job. Retirement. A life-threatening disease. Those sorts of things. None of which you’d wish upon a patient merely in the hopes of prompting a reprioritization of their health!

So consider this. While the debate rages as to whether chiropractic has obtained an 8% or 10% or 12% market share, what if that relatively low percentage merely represented the portion of the public who place a value on their health and well-being? Like your once-a-monthers.

So, lighten up on the heavy-handed efforts to convert patients. Tell your story and explain the gorgeous simplicity of chiropractic in the most positive, attractive way you can. But don’t condemn yourself if most patients shun your overtures.

Because it’s not you. It’s them.