Where Did All the Chiropractors Go? 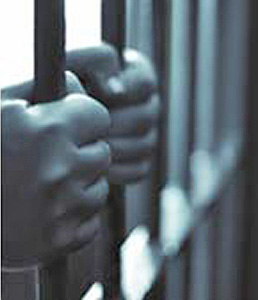 I applaud Greg Stanley for so eloquently expressing a growing tension felt by many practitioners in the September 10, 2007 edition of Dynamic Chiropractic in his article entitled “The Sustainability of Chiropractic.” Greg is a fellow non-DC, spending a similar amount of his life in service to the chiropractic profession and who may have overlooked an important distinction in his assertion that we may have an oversupply of DCs.

There may be too many DCs. But there are far too few chiropractors.

The difference is illustrated by the curriculum of most chiropractic colleges that issue Doctor of Chiropractic degrees. Embarrassed or ashamed, most have eschewed virtually all references to the spiritual, metaphysical and philosophical tenets on which the profession of chiropractic was founded, relegating it to a perfunctory overview during the first trimester. It is quickly forgotten as students get steeped in the mechanistic worldview of what is largely a medical education with some instruction on spinal adjusting. What today’s chiropractic colleges disgorge, if students fail to receive any off-campus input, is a fearful, debt-ridden spinal therapist with a cookbook approach to treating neuromuscular-skeletal complaints.

“Green books? What are those?”

“Reggie Gold and Jim Sigafoose? Who are they?”

“Intention? Why does that matter?”

“B.J. Palmer? Wasn’t he the wacko with the one cause, one cure?”

Yes, they have a Doctor of Chiropractic degree, but they may not be a chiropractor. They may be highly educated, but they see the body as just a collection of parts. They may have a highly developed left brain, but they see chiropractic as bones and muscles rather than nerves. They may know spinal anatomy, but they reject the peripheral and whole body effects of vertebral subluxation. They see the physical, but overlook the spiritual.

A far larger problem is their inability to explain chiropractic and how it’s more than just medicine “lite.” It appears that most chiropractic colleges, careful of being perceived as trade schools, see their responsibility limited to churning out graduates with good enough credit to pay the tuition and adequate cognitive skills to pass the board examinations. And while lip service is paid to helping new graduates be successful, most efforts are woefully inadequate. In fact, this is the most common complaint among recent graduates.

While touring a new outpatient clinic at one of the chiropractic colleges, the tour guide boasted that they were adopting a hospital-style approach to patient care. Students will no longer be responsible for generating the new patients necessary to get their required numbers. Instead, they will see patients who show up during their “shift.” This may improve institutional throughput, but in its wake will be severely crippled graduates. When they subsequently open their own practices and responsible for generating their own new patients, they will be severely handicapped.

Chiropractors recognize that their very right to practice, written into the law of virtually every jurisdiction, is granted on the assumption that chiropractic is a separate, distinct and non-duplicative healing art. During the last 20 years we’ve seen a growing pull from those who wish to blur this boundary. Whether from the MUA crowd, the Chinese medicine folks or those who believe that the ability to prescribe Motrin and Advil is what limits the cultural authority afforded “real” doctors. Assimilating into the allopathic mainstream is merely begging to board the Titanic, which while still afloat, is taking on water.

As third party reimbursement implodes and becomes increasingly reserved for serious, catastrophic health problems, practitioners who are unable to make a compelling case to patients that chiropractic is valuable enough to pay for out of their own pocket will leave the profession, solving the apparent oversupply problem. Which raises the question: Can the chiropractic profession even exist without the “price supports” offered by insurers? If not, then perhaps the chiropractic critics, skeptics and quack busters were correct all along.

The solution isn’t dabbling in weight loss, smoking cessation, nutritional counseling, anti-aging or other helpful, yet marginal support fields. Instead, the solution will come from more DCs becoming chiropractors. Because while there may be too many DCs, there’s a shortage of chiropractors. And with more chiropractors, not only is chiropractic sustainable, it would be unstoppable.