The Key or The Car? 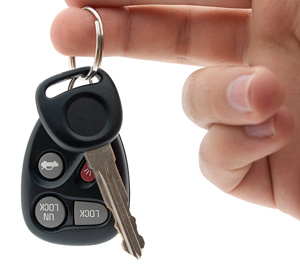 A chiropractor sent me an email, lamenting that he was having two problems. The first, that he was unable to get patients to realize how important "their job" was and consequently they don't change their behavior or improve as fast as I would like. And the second, that when patients discontinue care, they tended to do so without warning, preventing him from being able to say anything to stop them.

They sound like problems. Common problems, actually. But they appear as problems because many chiropractors are under the impression that they have some type of control over  chiropractic patients! Once you accept that you are powerless over what patients do, these sorts of everyday patient behaviors no longer cause anything more than a passing sadness or a bit of short-lived disappointment.

The first issue, patients not accepting their role as an active participant in the healing process, is to be expected when you consider the experience most chiropractic patients have had with “doctors” before meeting you. People tend to seek a professional only when their situation exceeds their own ability to resolve, whether it’s a leaky roof, plumbing problems or a nagging backache. When hiring an expert (you), the tendency is to expect the problem will be fixed with little more involvement from them than writing a check. You may be experiencing a similar phenomenon.

This may be compounded by how you’ve chosen to show up with patients. If you see yourself as a "fixer" you may be contributing to their illusion. It’s essential that you see yourself as nothing more than the ignition key that starts a car. The key merely unlocks what the automobile manufacturer engineered into the car. The key isn’t the hero, nor is the person holding the key. The hero is their body's ability to heal. Make sure every patient knows that.

You could begin calling patients the doctor.

“I’m not the doctor,” the patient responds.

“Sure you are. If there’s going to be any healing, you’ll be the one doing it, not me.”

“Doctors don’t heal. Drugs don’t heal. Only you can do that. All I do is help remove interferences to your body’s own natural healing ability. That’s why this is a partnership.”

As for patients who evade you when they’re making a break for the door to discontinue care, this too is common. It’s often because they sense that you have a greater commitment to their health than they do. You probably never hear patients say, “Hey doc, I think this is my last visit. It’s been great. Thank you so much!” That's because they fear if they were to announce their last visit, you would do one of two things:

1. Melt into a weepy puddle of disappointment and gnashing of teeth since you feel rejected, or

2. Attempt to talk them out of their decision, hard selling chiropractic and attempt to regain a commitment against their will.

Both responses are embarrassing for you and them. So it’s easier to make an appointment, and not show up. Reschedule, and then not show up. Become unreachable, and not show up. Until, finally, someone on your staff (after wasting enormous amounts of energy) breaks it to you, “Hey Doc, I don’t think they’re coming back.”

“What’s his number? I’ll call ‘em!” you mutter with a self-righteous indignation.

Please don’t. Confronting the patient like a child who has neglected a household chore is, well, unbecoming. Investing all that attention in someone who doesn’t want to be in your practice is fruitless. (Not to mention it actually serves to attract more such people into your life!) Their behavior may be rude, inconsiderate and sabotage the results that you helped achieve, but there’s nothing you can do about it—except ruin the prospect of a future relationship with them when they experience their inevitable relapse.

Besides the emotional drain this costs you, it suppresses referrals from what should have been a delighted patient and virtually eliminates reactivations. Patients who have to slink out of your practice because they fear your reaction, will go to the chiropractor down the street before ever returning to experience their imagined, I-told-you-so finger wagging from you.

Since there isn’t ANYTHING you can say or do to change a patient’s health priority, take a 10-20 year view. Show up each day in your practice in such a way that patients won’t feel a hint of shame or guilt if they don’t do what you would do. Sure, warn them upfront that it will be tempting to discontinue care as soon as they feel better, predisposing them to a relapse. But become the chiropractor they love to encounter unexpectedly in the grocery store. Be the chiropractor that they feel confident referring their friends to. Be the chiropractor they will return to, with their head held high, when they have their inevitable relapse.

I know. Countless practice management coaches will make you feel like a sell-out for not mother-henning the patient enough. And others will claim you'd be delivering inferior care by not being more assertive by imposing your will on patients. But the fact is, you are powerless to get patients to do ANYTHING. The sooner you accept that and embrace the role of a humble, nonjudgmental servant, delivering to patients what they want, so you can earn the right to suggest what they need, the sooner your practice can grow.