If Patients Only Knew 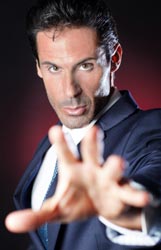 Since I’ve had the same email address for decades, it’s ended up on countless lists used by marketers targeting the chiropractic profession. Most of the emails use scare tactics, advertise some practice-saving gadget or make some unbelievable promise of easy riches. I’m sure you get them too.

The one I received today brushed up against the topic of patient education, so I clicked. Turns out, the seminar being offered was based on the old cliché that “…if patients knew what you knew, they would do what you do.”

Problem is it’s untrue. Besides being simplistic, it implies a profound disrespect for patients who, if you attend the seminar, can somehow be controlled by some Svengali technique to make them comply. Classic manipulation.

But there’s a huge disconnect between knowing and doing. Anyone who has tried to break a habit, end an addiction or even follow his or her dentist’s recommendations to floss regularly knows that it takes far more than simply “knowing.”

Have you felt responsible for the decisions patients make? It’s a yoke that many chiropractors have chosen to wear. Consider these five reasons why you shouldn’t take patient choices personally.

First, acknowledge that there are deeply-engrained patient beliefs that rarely change because of your chatty consultation, brilliant examination, compelling report of findings or daily visit table talk. These puny attempts are no match for their…

1. Lack of purpose. Ask most people about their dreams and you’ll discover the tragic truth that they don’t have any. Life has become a burden, rather than an opportunity, something to be endured and “gotten through.” If you have good health, you can make a ruckus and put a “dent in the universe.” With no purpose, there’s little reason to have optimal health. Simply being pain free is good enough.

2. Low self esteem. Far too many patients believe that they’re not worthy of spending the time or money on themselves to be truly well. This self-sacrificing nature might be understandable if they are passing up chiropractic care for themselves in favor of having their children receive care. But that’s rarely the case.

3. Skewed priorities. We live in a culture that has encouraged us to define ourselves by what we own, rather than who we are. So, many are seduced into keeping up with the neighbors, buying a new car every two years, and other needless one-upmanship based on how much debt we can carry. The same folks who claim they can’t afford chiropractic care.

4. Comfortable numbness. Most patients are disembodied and live unconsciously. No wonder there’s little awareness (or outrage) about GMO, the implications of fooling one’s body with pain relievers, injecting monkey DNA into our children, and other “modern” frauds. Instead, most numb themselves in front of the big screen each evening, waiting to start it over again the next day. Is it Friday yet?

5. Low margin. Aiming for being anything more than symptom-free is merely a reflection of having little margin in other aspects of their lives. With little savings, a gas tank usually hovering between E and 1/3 empty and less than a week’s worth of groceries on hand, nonsymptomatic chiropractic care is a luxury few can justify.

Imagining that there is something you can say or do that can overcome these deeply embedded beliefs and habits is absurd, bordering on delusional.

Which begs the question, can these beliefs and self-image issues be changed? Does so-called patient education even have a place in chiropractic practice?

Of course. But real change is unlikely simply because of something you say or do. Instead, it takes something far more significant. A death in the family. A divorce. A car accident. Losing a job. These and other pivotal moments may jolt people into reevaluating their life’s trajectory, charting a new course. Which may or may not include giving more attention to their health and well-being.

You probably wouldn’t wish these life-changing events on anyone, even if they held the promise of inspiring them to take better care of themselves. Thus, they don’t constitute a scalable solution for conducting a realistic practice-building seminar. However, it does suggest a far different strategy that is largely ignored by many chiropractors who myopically focus on the near future. And that’s to lay the groundwork for reactivations.

Should patients “get” the importance of regular chiropractic care sometime in the future, you’d want them to feel comfortable returning to your practice. Something that will be determined largely by whether they previously felt supported, accepted and respected. Even more critical is the “taste in their mouth” remaining after being subjected to the overtures many practices use to squeeze a few more visits out of their insurance policy.

In other words, tell the chiropractic story as passionately and persuasively as you can. Help them with what they want, so you can explain what they need. Respect their decision, even if it’s not the one you would make. Honor their free-will agency and their right to prioritize their health as they see fit. Care, but don’t care too much. Think long term, setting the stage for a reactivation. And take comfort in the fact that 100% compliance would be interesting for only a week or two, quickly becoming boring and predictable!