How to Domesticate a Chiropractor 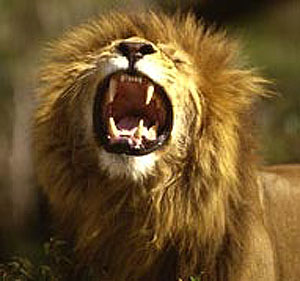 Used to be chiropractors were a wild breed. Radical. Unpredictable. Ferrell. They would espouse opinions that ran counter to the mainstream. These highly-certain healers often stood alone, hidden from view, but thriving on the periphery. They held the inborn healing ability of patients in the highest esteem. With their integrity to the principles of chiropractic and the results that applying the principles could produce, chiropractic was able to survive against powerful cultural forces, professional bias and for some, without licensure laws.

It’s hard to find many purebred chiropractors anymore. Many have passed on or retired. Others have been defanged, domesticated, housebroken and turned into docile therapists. Just how do you remove the rogue features in the genetic code of a chiropractor?

The result? A house-trained chiropractor that knows his place. That toes the line. That’s fearful and easy to control. That doubts and devalues what he or she offers. Who is envious, jealous and has assumed an entitlement attitude. Who is too proud to do screenings or too self-conscious to tell the chiropractic story to strangers.

Declawed, defanged and demoralized, more and more chiropractors finally recognize the status quo isn’t sustainable. Those who are prepared to stay and fight can be torn by competing solutions:

New services. “Oh, so you won’t reimburse me for that? Well, how about this?” With this strategy, you’re merely treading water. Your domestication has you eating out of a can. And the seminars and flyers promising continued reimbursement for some new gadget (funny how there’s always a gadget involved) takes on the Pavlovian sound like a can opener.

New technique. Sure, patients showing up today are different from the patients showing up 25 years ago. So, from time-to-time patients don’t respond as you would expect. But a new technique that is merely a derivation of the thrusting you’re already doing is unlikely to help much. Instead, you might look into NET, BEST, Network or something 180° from what you’re doing now. You know the ones. The techniques that previously were convenient to scorn.

New procedures. You think better procedures, better practice management or personal coaching will cure your ills? Incrementally, perhaps. But the breakthrough you want will not come from shaving 10% off your adjusting room procedure or manhandling patients into more care with some super-duper script. And your problem isn’t a lack of new patients. Check out your trophy case of inactive patient files. You’ve already had enough new patients. Why didn’t they stay?

These solutions are of man. They celebrate self-effort. They’re examples of professional egotism. At their core they are forms of idolatry, putting faith in the things of man rather than in the things of God.

When D.D. Palmer claimed that the purpose of chiropractic was to reconnect man the physical with man the spiritual, he wasn’t just some raving lunatic. Simply honor what God has put into each patient and allow that to be the focus and centerpiece of your practice. Everything else will take care of itself. I promise.