Do You Hog the Ball? 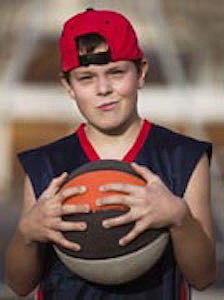 But this principle also applies to your patient communications, especially the spoken word. The more words you speak, the less valuable (and less potent) your words become. Chatterboxes who mint words with abandon are seen as less powerful—little people. Those of few words and interestingly, short sentences, are seen as more commanding and authoritative. The more you speak the more likely you over-explain, reveal insecurities and create a fragrance of defensiveness or the room-clearing stench of doubt.

Chances are if you were to categorize the characteristics of some of the busiest chiropractors, you'd find that they speak fewer words than their struggling colleagues. When you have high levels of certainty, you are not in need of justifications, rationales and the seeking of validation from those you serve. You become "a man of few words" and you assume a bigger-than-life stature in the process.

Teenagers know of the power that comes from speaking less. At a time when we are most interested in their internal dialogue, conversations are often unfulfilling monosyllable grunts. In doing so, they immediately assume the high ground. The perfect rebellion strategy!

When confident chiropractors speak, they are more likely to ask a question than to explain or seek approval. Asking questions implies a position of power, strength and control. Blabbering to fill the air, verbalizing one's thought process is a luxury effective healers can't afford. Speaking, especially when it is volunteered and not the response to a question, reveals that you're making the interaction about you. Ultimately, it's a form of selfishness and self-centeredness. Not exactly the characteristics that prompt respect. Or referrals.

Those of few words don't squander their power by using adjectives. Most people believe that adjectives can amplify or strengthen their message. But the reverse is true. Telling a patient that they "...have a very serious problem" has a fraction of the impact that observing that they "...have a serious problem" does. Powerful communicators don't use the word "very." They don't embellish or sugarcoat.

Use more pictures. It's true. Pictures are worth a thousand words. Especially these days as we've become a visual culture, spoon-fed by the imagery of television. Yet, most chiropractic offices feature broad expanses of blank walls. They have purposely, or inadvertently, modeled their office on the sterility of a medical doctor's office. They miss the opportunity to create a high-impact experience that confronts established beliefs, prompts questions and causes patients to rethink their superstitions about the nature of true health. Instead, patients show up at an "off-white" place that merely performs a mechanical transaction on their spine.

When I learned how to play basketball in grade school it was called "hogging the ball." When you talk too much, you're hogging the ball. When you monopolize the conversation you not only isolate yourself, but ironically, feel misunderstood. Prompting still more chatter. Worse, patients don't feel understood at all.