Chiropractic As a Diet 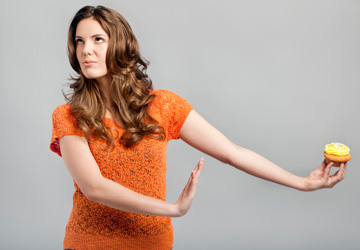 Our obesity has created an entire industry focused on helping us shed the weight we’ve gained because of our tremendous abundance. Supplements, diet books, weight loss clinics, workout gyms and personal trainers exist for the purpose of helping individuals slim down to a healthier, more desirable weight. Once they reach their target weight, a few will actually be successful in keeping those extra pounds off. But most will return to their pre-diet lifestyle and gain them all back. This scenario is so common it even has a name: yo-yo dieting.

Similarly, most patients see their chiropractic care as a diet. A temporary, short-term diet. “Fix me so I can get back to doing what I used to do.”

The rare, successful dieter recognizes the need to make permanent changes in their menu choices and level of physical activity. To maintain the weight loss, they’ll have to adopt a new way of living. Their mindfulness can’t end after reaching their target weight (symptom relief) but must be maintained for the rest of their lives. They recognize that the excess weight was merely a symptom.

If a chiropractic patient shows up in your office after living a lifestyle of neglect, possibly for decades, it seems unlikely that 12 visits (or even fewer), doled out by a stingy insurance carrier, that moderates their symptoms, will significantly reverse the atrophy and scar tissue that has accumulated.

What do you think you’re doing when you adjust a patient?

What do patients think you’re doing when you adjust them?

Most dieters have tried many different diets and found them lacking. The Zone. Atkins. The South Beach Diet. Low carbs. High carbs. It’s a long list, and constantly growing. Those who don’t understand the importance of making lifestyle changes are constantly on the prowl for the next “miracle” diet. Same with chiropractic patients. Most have tried other pain relief diets, including NSAIDs, muscle relaxers, physical therapy, acupuncture, yoga or whatever. That’s why you want to ask during the consultation, “What other ways have you attempted to solve this problem?” Find out whether they’re a pain relief dieter!

Without realizing that the patient in front of you is a dieter, you not only invite failure (“Chiropractic? Oh sure, I tried that.”), you invite a passive, “fix me” mentality that actually sanctions the lack of awareness that got them into their symptomatic circumstances in the first place. Dieting is merely the “squeaky-wheel-gets-the-grease” way they live their lives.

You have several choices. Either you can sanction their lifestyle (which probably has very little "life” or “style" or you can confront their limited, short-term vision of their health and attempt to use your bully pulpit as a health care expert to inspire change. The former, the path of least resistance, is the response congruent with chiropractors who see their highest clinical calling as merely symptomatic relief. The latter, the more difficult, narrow path, is fraught with challenges, disappointments and only occasional success. It’s the response of chiropractors who see the value of periodic asymptomatic chiropractic checkups.

With that warning, here are some suggestions. They may not convert a dieter, but at least you’ll have a clear conscience knowing that you did your best with the modest amount of influence you have:

1. Avoid minimization. Listen to recordings of chiropractors giving their reports and there is often enough sugar coating of the examination findings to give you diabetes. It’s disheartening to hear how disc narrowing is downplayed and bone spurs are dismissed as almost routine. Have you seen so many nasty X-rays that you’ve become numb to their severity and implication?

2. Tell the truth. Sure, attend to their symptomatic picture; after all, that’s what brought them to your office. But if theirs is a case that you know is going to require a lifetime of ongoing supportive care, tell them. Pulling this punch is inexcusable. What their policy will pay for is immaterial. You have a moral obligation to tell the truth about the nature and severity of their problem. Whether they believe you or choose to act upon your findings is another matter.

3. Predict their relapse. Since most patients don’t “get” chiropractic on their first or even second brush with it, it’s imperative that you explain the likelihood of a subsequent relapse should they discontinue their care once they feel better. (In other words, when they return to their former lifestyle, after losing the weight, they’re likely to gain it back.) “You have muscles and ligaments with scar tissue and other degenerative changes that will predispose you to a relapse if you discontinue your care once you feel better. When your symptoms return, I hope you won’t blame me or chiropractic.”

4. Love them anyway. Ultimately, this is a human foible. It’s related to the “if-it-ain’t-broke-don’t-fix-it” school of thought. Patients are delighted that you can relieve their symptoms without drugs or surgery. Now, they can turn their attention to something more pressing than seeing you three times a week for a couple of months. Use the dieting metaphor. Assume they’ll still discontinue their care. But honor their free will and respect their right to ignore your recommendations. It’s not about you.

The diet that “works” is the diet that takes off the weight (relieves their symptoms) and helps them keep it off (avoid a relapse). Notice, they think it’s the diet that takes off the weight, not their body responding to a change in nutrition and exercise. Yet, with the stresses of day-to-day life, plus the tendency for order to move toward disorder, symptomatic relief is usually short lived. When their symptoms return sometime later, they surmise that their chiropractic diet didn’t work. No problem. This time they’re going to try the massage diet, the reiki diet or the new chair they heard about at the Relax-the-Back-store-at-the-mall diet.