Have You Switched From Offense to Defense? 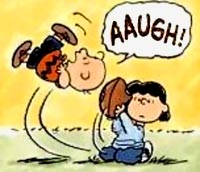 I was talking with a chiropractor who was commiserating about the decreasing reimbursement that he was receiving from his patients’ insurance carriers.

“What do you expect?” I asked. “Headaches and back pain treatment are small potatoes compared with the seriousness of heart disease, cancer and diabetes.”

While it can be argued that the neuromuscular-skeletal complaints that insurers have seen chiropractors as capable of handling are common, they hardly rise to the complexity and seriousness of the chronic lifestyle diseases that an increasingly aging population is saddling the medical profession with. That’s little consolation if you’re a chiropractor who has seen your income erode.

What can you do? Here are some suggestions.

If your conception of chiropractic is merely biomechanical, localized to the structure and function of the spine, the future probably isn’t all that bright. Expect to have your oxygen further reduced as you go from being a doctor to a provider, provider to a therapist, and therapist to a superfluous “body worker.” My guess is that reimbursement for what are seen as more superficial health concerns in the neuromuscular-skeletal arena will take a back seat to more life-threatening health concerns. Remember, medicine is about heroic, life-saving measures. Hardly the light in which those controlling the purse strings perceive chiropractic.

Action Steps: Enlarge your vision of chiropractic immediately so you can enlarge the perception of patients! Track down and listen to the recordings of Reggie Gold, Jim Sigafoose, Patrick Gentempo and others. Read one of B.J. Palmer’s green books, such as The Bigness of the Fellow Within. Make sure every patient understands you’re a nerve doctor, not a bone doctor.

If over 50% of your income is dependent upon the generosity of insurance carriers who don’t understand chiropractic, have a profound mistrust of you, and resent having to deal with you in the first place, begin your transition to a practice that’s conducive to attracting and cultivating relationships with those willing to pay cash. That doesn’t mean you can’t see patients who have insurance. (If patients have insurance, they’ll want to use it.) It means you should stop being the fall guy. The middleman. The chump who delivers conscientious care, accepting assignment in good faith, but gets caught holding the bag. How many times does Lucy have to withdraw the football before you catch on?

Action Steps: If all you’ve known is insurance assignment, you’re likely suffering from the Stockholm Syndrome. You must accept help and escape your captors! Begin the process of converting to cash, taking six to nine months to avoid putting your practice into shock. A cash practice is a consciousness, not merely an office policy.

Patients are showing up with the aches and pains that they expect a “back doctor” or “spinal specialist” to be able to field. And they’re waving insurance cards figuring it will pay for everything they need to be made whole again. So, you have two communication challenges. The first, to explain in an understandable and compelling way that chiropractic, because it addresses the integrity of the nervous system, is a whole body health discipline. The second, to explain that their insurance company is a bad credit risk, not just in your experience, but with all chiropractors. They’ll need to pay you for their care and be reimbursed by their carrier, since, according to their policy, you’re the third party.

Action Steps: You must get out of your practice and tell the chiropractic story to as many strangers as you can. Countless individuals in your community have been told that nothing can be done to help them, they need to learn to live with it, or they need to undergo some extreme treatment option they’re wisely reluctant to pursue. They have the money, but they don’t know about you and what chiropractic can offer. True, some people are a major automobile repair bill away from bankruptcy, but you must look beyond this limited vision and persuasively offer hope to those looking for it and willing to pay for it. They’re out there.

When confronted by change, the tendency is to freeze. Stop. Cut the engines. Assess. Contemplate. Switching from offense to defense is not a winning strategy. And your right brain knows it. But this has nothing to do with logic. It’s emotional. If you’ve linked change with bad, different with scary, or uncertainty with threatening, then you may not be resourceful enough to exploit this time of “dangerous opportunity.”

Action Steps: It’s time to be more decisive. Instead of weighing the pros and cons, decide (which comes from the root word meaning to “cut off from”). Instead of trying to make the right decision, choose and then do what it takes to make it the right decision. Stalling for time, and in the process losing your momentum, will not radically change the range of choices you have. Do you see even the slightest indication that the downward trend will reverse itself? You know (left brain) what to do. You must pull the trigger (right brain). Turns out that the wrong decision is not making one!

We have no previous time in history to refer to for clues about what’s around the corner. The months and years ahead will test your metal. It will confront your reason(s) for choosing to become a chiropractor. And it will require a return to the simple basics and a new clarity about who and what you are. Waiting  simply prolongs the moment when you commit to action. But remember, it’s the resolve; it’s making the decision that changes the world. Once you decide, the world changes—because you’ve changed. It doesn’t work any other way.